(Vancouver, BC) – Vancouver’s top animation studios will soon be showcased on the international stage, thanks to the Vancouver Focus at the Annecy International Animation Festival and its Market (Mifa) this June 15 to 20 in Annecy, France.

This is the second time the long standing animation festival has showcased a city. The first honour was also given to Vancouver with its Territory Focus last year. After showcasing Vancouver’s animated content, ranging from award-winning shorts to internationally renowned series and feature films, the Vancouver Economic Commission (VEC) and the city’s animation leaders were invited back. This time it is to present Vancouver’s 30 year legacy in animation production.

The VEC is collaborating with its partners, the Canadian Media Production Association (CMPA), Creative BC and the European Trade and Investment Office, to celebrate the sector’s success, highlight our animation studios and connect with International companies interested in doing business in Vancouver and working with our companies.

“We are now arguably the largest visual effects and animation cluster in the world,” says Nancy Mott, Digital Entertainment and Interactive (DE&I) Manager at the VEC. “People are unaware of Vancouver’s long legacy of animation production. I’m really proud that the great work our studios have been doing for 30 years is being recognized.”

Facilitated by Ms. Mott, the Vancouver Focus on June 18 will feature an exclusive panel discussion with representatives from leading Vancouver studios Atomic Cartoons, DHX Media, Bardel Entertainment, Comic Animations and Sony Pictures Animation. They will discuss how evolution of the animation industry has developed a world class talent pool, which is supported by solid industry infrastructure, technological innovation and competitive tax policies and credits.

“Bardel, like so many studios in Vancouver, is experiencing a huge expansion in production, vitality and technological innovation,” says Delna Bhesania, CEO of Bardel Entertainment. “I am also proud to live in a city that supports women creatives and entrepreneurs, the theme of this year’s Annecy event, as many of our creative personnel are leading women in the industry.”

The Annecy International Animation Festival  is the leading international animation industry event of the year, attended by more than 7,000 accredited professionals from 80 countries with more than 110,000 tickets are sold to buyers, distributers, investors and journalists. From June 15 to 20, the conference serves as a forum for information for industry professionals, includes film screenings, and showcases over 470 exhibitors.

The Vancouver Economic Commission (VEC) works to position Vancouver as a globally recognised city for innovative, creative and sustainable business. As the leading economic development platform in Vancouver, we work with Tech, Digital Entertainment & Interactive and Green Economy companies by connecting them with the talent, capital, data and market access they need, all in a start-up ecosystem that is recognized as one of the world’s best. 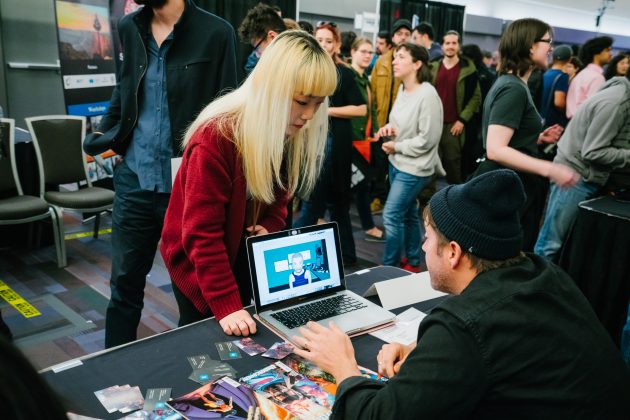